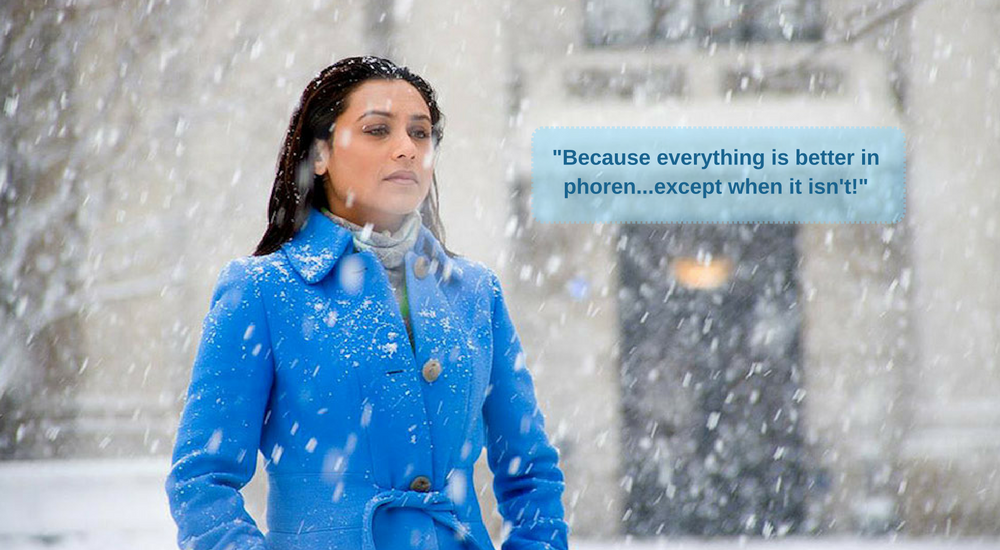 Dating in India is hard enough since we don’t really have a history of it; but dating as a desi living in the US of A? That’s a whole different ball game.

A recent Skype chat with my bestie led me to believe that dating when living abroad is a whole different story. Here are some of the common scenarios that my bestie (and many of her friends) have found in the dating game.

Read on! (And if it sounds like this-dating-thing is getting a tad too difficult, how about you check out Woo, the leading dating app for singles to connect with like-minded people who have similar interests and lifestyles. )

These are the ones who consider themselves the most fortunate ones as they live abroad. Relieved to be out of India, they welcome anything western without second thoughts. It is hilarious having to sit through the entire conversation about how great western culture is, some of which even an average American would not accept. They definitely do not know when to stop!

When you date this type, it is quite clear in the first few minutes that he has a 30 seconds lag. I guess they debate in their head as to how to treat the other person; should they consider her a ‘desi’ or a contemporary type? (Perhaps they don’t think one can be the other!) Should I mention my ex or not? Should I be more open or will I seem too eager? By the time they debate and decide, there is this awkward silence.

After the awkward silence they get extremely uncomfortable and end up talking about their deepest feelings which they had no intention of sharing at all! Either it will be a silly sob story or the most embarrassing ones, leaving you to wonder if he is extremely funny or just racist.

“OMG! This is $45, it will cost just 600 Rs in India.” Of course it doesn’t stop there. They expect the quality to be really, really good but the product is always ‘too expensive.’ We called them the 24X7 currency converters! They simply cannot avoid converting and comparing anything. Going for a coffee is a nightmare, let alone dinner.

The subtle conversations around investments and visa! ‘Nice car but the mortgage wouldn’t let you spend lavishly?’ kind of questions. More and more nosy questions too early on, which make you decide that this phase is just kissing the frog before meeting the actual prince charming.

The ‘In a couple of years return’ type

They plan everything around this, be it buying a car or a music system. “I will have to sell it in a couple of years when I leave the country. What if it doesn’t get a good price? What if I have to take it along while leaving? What will the charges be? Why should I rent a nice place, it is just a couple of years? What if the rates are too high? Everything is what if!! But never ever a “What if I live my life now.”

If you are single and dating in the US, which of these types have you met? Share away, and don’t forget to check out Woo, the leading dating app that lets you connect with like-minded people rather than wading through folks you have nothing in common with!)

And if you’d like to share your own stories, jump in on this Finding Mr. Right contest we have up here at Women’s Web – just 2 days to go!