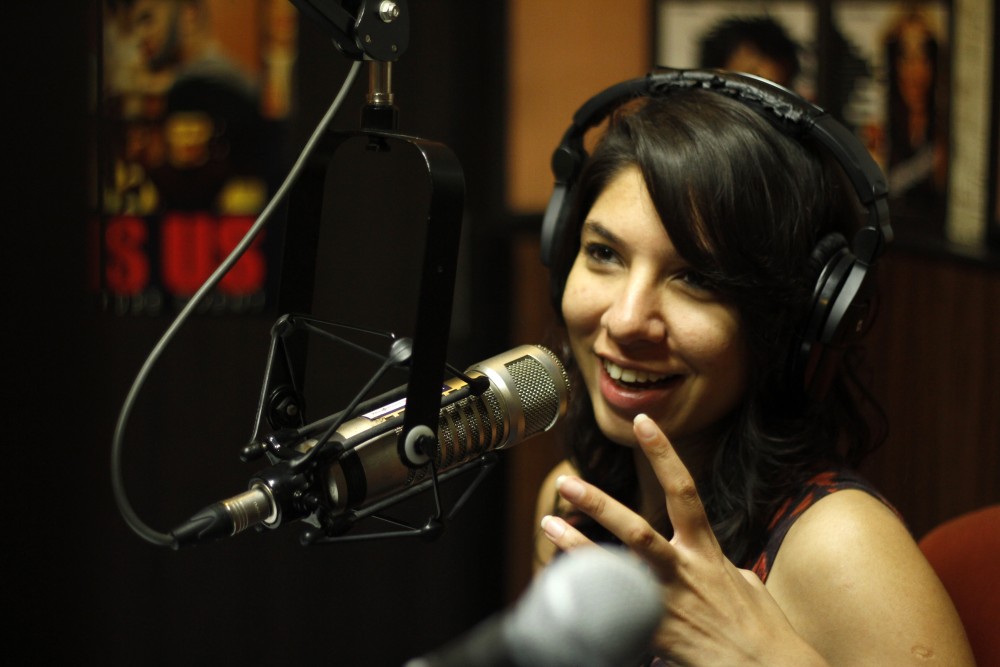 Read about the journey of Punya Arora, from having a tough childhood to making people laugh out loud in her stand up comedy videos and shows.

Comedy, as a medium of entertainment, has always been a favourite. If I look at some regional movies, there would be movies which are made against a commercial formula – made with some sentimental masala, good music, some dazzling dance moves in scenic locations and of course, comedy!

Yes some portion of comedy sometimes is added deliberately, irrespective of whether that kind of story needs some funny scenes or not! Sometimes comedy turns out to be annoying, as it could be demeaning or insulting, labeling it as ‘just for laughs’!

Now the good news is, of late stand up comedy is adding to the flavour of healthy comedy, a way to enjoy fun filled evenings. Stand up comedy is not just the new way to chill after a long hectic day, but also a way to start thinking about various aspects which we have ignored or assumed the wrong way so far.

The persons behind the mic tackle various topics, which question stereotypes and yet make the audience laugh out loud!

Punya Arora is one such amazing stand up comedian who talks about simple real life experiences and thoughts.

The south Indian Punjabi girl has always been an ‘enthu cutlet’

Punya comes from a single parent background, with her mother being her the sole source of encouragement. Being born in Bangalore, and in a Punjabi family, she describes herself as the south Indian Punjabi girl.

Talking about her engaging childhood, she happily says, “My mum is a single parent and she’s awesome! Childhood was spent mainly in a lot of classes like piano, art, pottery, chocolate making, candle making, etc. as I have always been a bit of an ‘enthu cutlet’. My mom is tremendously supportive and encouraging and I’m beyond grateful for that! I wouldn’t have been able to do half the things I do if it wasn’t for her! ”

Tough childhood and her stand on equal opportunity!

However, as a child, Punya had some challenges owing to her parents’ separation and later divorce. It was a tough phase to handle for her, and of course, her mother.

If you ask her if she has missed anything without her father by her side, she reveals this in a recent article – “I was totally rejected because I wasn’t born a son, but look at me now – I’m killing it. It’s 100% his loss. I feel if you give your daughter the opportunity to succeed, she will. You don’t have to get them married right away or cry about having a girl, just give her the same opportunities as a guy, and see what she can do. I’m not saying men are better than women or women are better than men, I’m saying give everyone equal opportunity. My mom and I had a great time making our lives again. So I talk about it that way, and hope I can leave it in people’s head: single parents aren’t bad, it’s okay if they choose not to get married again; and girls can do anything. In my own way, through comedy, I want to open minds.”

Punya also had to fight with authorities to not add her biological father’s name on her passport. She reveals, “They insisted on having ‘biological’ father’s name even though I have never seen him and he has not seen me! They said I can change it to ‘husband’s’ name when/if I get married. I have been beyond annoyed by this and remember even not wanting a passport! Why is father’s name needed when he’s never been there?!’”

However things changed and she adds, “Now finally this rule is out, that in certain cases you don’t need to use ‘father’s name’! And I couldn’t be happier! This to me feels like a personal victory on some note because in every single form/document till date I had to fight to not use his name. I’m so glad that finally this is being acknowledged!” Before Punya got hold of the mic, she practiced photography for a good 7 years and loves to shoot underwater. She adds, “After completing my BBM I was supposed to do my MBA but I wanted to give myself a year to do something else before I did that. So in that year I went on to do my PG Diploma in Professional Photography and also have been a visiting faculty at the same institute for the past 5 years. I came back a professional photographer and didn’t end up doing my MBA (well, atleast not yet!). I photograph – people, portraits, fashion, spaces, food and people underwater. Underwater photography is my absolute favourite. And now I’m also a stand up comedian too! ”

When she stumbled upon stand up comedy!

Punya says that she always loved comedy. She used to go to comedy shows and watched a bunch of them online as well. What is supposed to be a fun trial for her became a serious profession today! She adds, “I didn’t really think that I would become a comedian. I decided to try out an open mic just for fun and that’s how things took shape. I enjoyed it so much that I wanted to do it all the time!

Juggling between photography, lecturing, and stand up comedy Clicking pictures, teaching photography and making people laugh – all these seem like too much for a single person to handle but Punya stays cool about it. She adds, “Most bookings for shoots and shows happen in advance so I try to make sure that they don’t overlap. I took lesser photography assignments this past year so I could focus more on standup comedy. But now I make time for both. I also continue being a visiting faculty at an institute in Ooty to teach photography and have been for the past 5 years. I just plan stuff in advance and have been managing that way so far.”

A little more about stand up comedy

Stand up comedy is an offbeat career role, and more so for Indian women. When asked about the audience’s response to a female stand up comedian, Punya says, “Since people see fewer women get up on stage, I think there definitely is some amount of curiosity. The expectations at the end of the day I think are the same for both genders, that you ought to be funny if you are a stand up comedian. If you can make people laugh, that’s the quality you need to be a stand up comedian. Other than that, it is still work and one needs to be passionate about it. You have to love what you do!”

Excitement in every step!

For Punya, where there is a challege, there is excitement building up too! She confides, “The journey so far has been filled with a lot of fun and lots of learning and still a long way to go! There have been some challenges, of course, nothing in life comes without that. But as the challenges get bigger, so does the excitement.”

There is not just one moment that Punya categorizes as her best during stand up comedy. She says, “Honestly, every time that I get to go up on a stage and make people laugh is a joyful moment for me! The biggest appreciation anyone can get is an audience laughing and may be even remembering your jokes after! Whenever that happens, I’m ecstatic!”

“Anyone with a voice, talking to a group of people has the power to change a mindset. I think definitely comedy is bringing that about in people,” says Punya.

Given the social stigma about things related to culture and stereotypes, one might wonder if she finds it difficult to find topics to talk about during shows. However Punya adds, “I don’t have any specific way of choosing topics. If I find something funny I talk about it and I talk about experiences from my personal life as well. I really enjoy doing that!” She really has embraced comedy so well that it has become a very organic process for her.

There are simple and clear goals that Punya has set for herself, and yet makes sure that she always gets better in what she does. She adds, “My goal as a stand up comedian is to make people laugh and hope that every next show is better than the last. The future plans are to keep at it and learn and grow as I go along! If I have to share the most important thing I have learnt then that would be, stay calm, confident and let your work speak for itself.”

Future of stand up comedy

We all need that good dose of laughter to keep ourselves stress free. Comedy has that power to make us relax, smile, embrace and appreciate life in a better way. Also, Punya adds, “Stand up comedy is a growing field and more and more people are taking it up, so that is definitely good to see. There are times when people get offended at a joke, and in that aspect, I think we still have a long way to go! But, the audience is definitely getting more broad minded and we need more of that!”

You can find Punya Arora here