Meet Emma Morano, the longest living person in the world. What are the secrets behind her longevity? Read to know more about her interesting life. 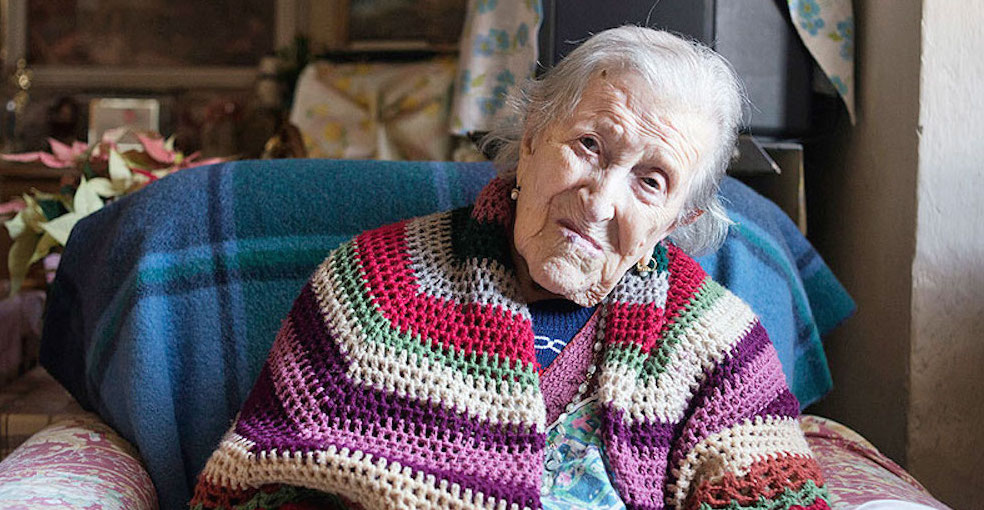 Meet Emma Morano, the longest living person in the world. What are the secrets behind her longevity? Read to know more about her interesting life.

Emma Morano is 116 years old and proudly holds the title of the “world’s oldest person.” She’s also the last living person born in the 1800s. Unbelievable! She has touched three centuries.

Despite she being so old, she’s still in pretty good health and lives in Verbania, Italy. This super centenarian was born in the Piedmont region of northern Italy on November 29 1899.

The secret to her long life

Emma credits her long life to eating two eggs a day and early bed time but the last thing was what got me thinking. Can you guess what it is ? Well, if you’ve guessed that it is her being single, then you are a genius. She feels that leaving an unhappy marriage has helped her live so long. She separated from her husband in 1938 and never remarried.

I wonder if she would have lived so long to see this day, if she had remarried! She says that she didn’t want to be dominated by anyone. She appears to be contented, cheerful and has a positive outlook towards life.

Another factor that may have contributed to her longevity is her genes, as one of her sisters lived till the age of 102 and the other sister nearly touched 100. This cheerful old-timer naps during the day. In an interview, she had mentioned that she began to work after school. “I used to sing and had a beautiful voice”, she said.

Break free and be healthy

By living a simple life, Emma has proved, that there are serious health perks to the simple life both – physical and mental. The Italian dame is a tough rookie for sure. Being single did not stop her from living life to the fullest. Being in a wrong relationship surely causes stress which is detrimental to one’s health. Her life sends out a loud message to those women who are in the wrong side of a relationship. Break free and be healthy.

Emma lives in her own one bedroom home, that she never leaves. She’s immensely proud of her accomplishment. Hats off to her for living life on her own terms and not buckling under the pressure of society. Doctors say her longevity is a ‘phenomenon’.