Anuradha Koirala: The Brave Woman From Nepal Who Has Already Rescued More Than 12,000 Girls From Trafficking

Anuradha Koirala from Nepal has been rescuing girls from being trafficked since 1993. Here's her brave story. 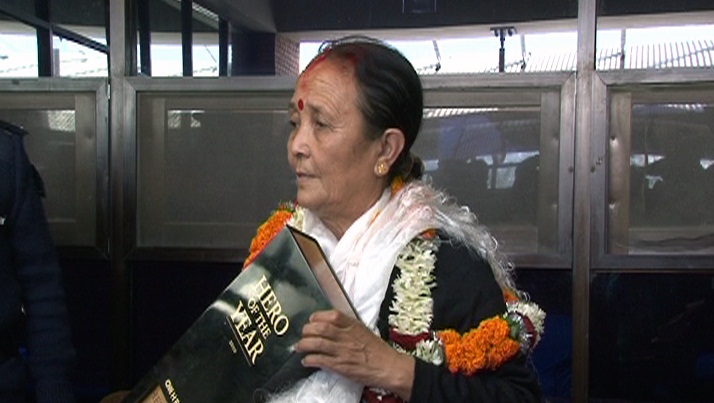 Anuradha Koirala from Nepal has been rescuing girls from being trafficked since 1993. Here’s her brave story.

Anuradha Koirala is someone whom you could describe as a true hero, one who has truly restored faith in humanity. She is a Nepalese activist, helping women heal after being a part of sex trafficking. Anuradha is the founder of Maiti Nepal (roughly translated to“mother’s home”) a non-profit organization that provides refuge to Indian and Nepalese girls who have been rescued from brothels.

Anuradha has become an icon of hope for the women who live in Maiti Nepal, giving them the strength they need to get back on their feet. Her organization has saved more than 12,000 girls and women. Since 1993, girls and women who were forced to have sex with more than 60 men a day and beaten relentlessly, now have a chance to rehabilitate in Anuradha’s safe house compound. These victims are helped by Maiti Nepal raiding brothels and patrolling the India-Nepal border.

In 2010, for her astounding efforts to end what should’ve been stopped long ago, Koirala won the CNN Heroes Award. Even though she is currently 66 years old, she is pursuing on to help all the girls who need her. “The hardest part for me is to see a girl dying or coming back with different diseases at an (age) when she should be out frolicking,” Koirala said. “That’s what fuels me to work harder.”

She exposed the real truth about human trafficking and how many families are deceived. “Families are tricked all the time,” said Koirala. “The trafficking of the girls is done by people who are basically known to the girls, who can lure them from the village by telling them they are getting a nice job. It’s a lucrative business.”

Those who live in the Maiti Nepal compound dedicate their lives to helping Anuradha’s campaign and to rescue girls/women like themselves. However, even if they did so, they’d still owe Anuradha for providing them with everything else a mother could give, besides birth.

“You have to join hands; you have to take each child as your daughter.”

Her revolution continues as volunteers are joining and donations are being made every day. After being just a middle-class teacher who ended her abusive relationship with her husband, she became a living Mother Teresa, a visionary and an inspiration for a better tomorrow. AnuradhaKoirala is an everyday hero who reminds us that if we work hard enough to make a change in the right direction, people will follow and support you along the way.

Watch her here, in this video when she won CNN Heroes Award in 2010.