We flock to see films like Queen and Highway, but we never vote for an electoral candidate based on what he or she can do for women. 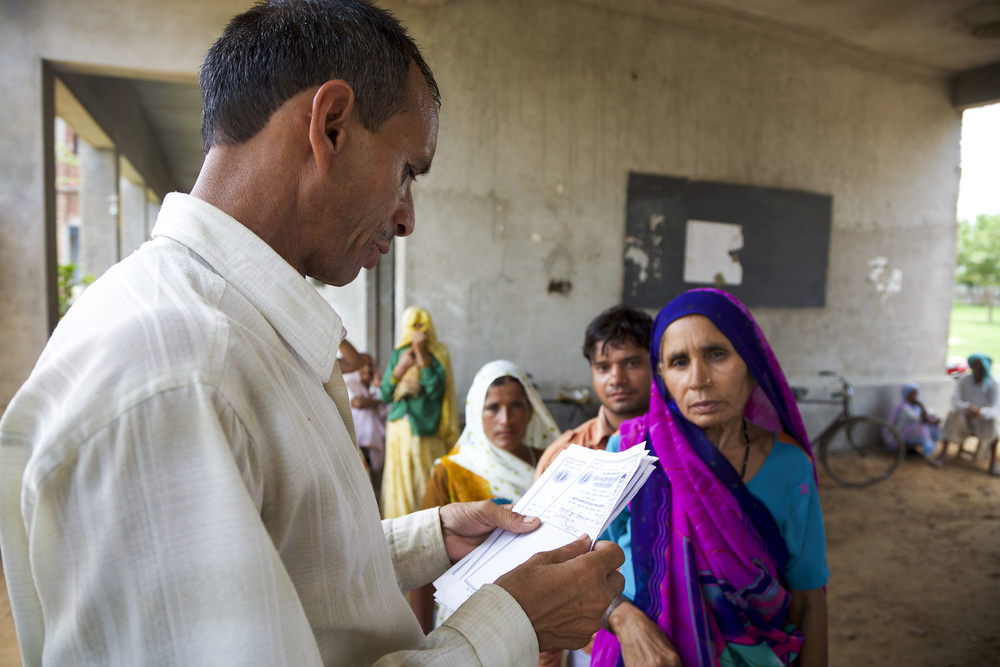 We flock to see films like Queen and Highway, which celebrate the liberation of women, but we never vote for an electoral candidate based on whether his or her manifesto includes women’s empowerment and issues, which it absolutely should.

The Hindi film industry’s landscape has witnessed a sudden avalanche of movies in the previous seven months that projected  female actresses as the lead protagonists: Highway, Queen, Gulaab Gang, Lakshmi, Revolver Rani, Bobby Jasoos and Mardaani. Acclaimed documentaries Gulaabi Gang and The World Before Her were also released this year. On screen, women definitely appear to be poised for achche din with strong female roles backed by a never seen before enthusiasm among producers and directors.

On the other hand, the shockingly regular incidents of violence and abuse such as the rape of the 6 yr old school girl in Bangalore or the Badaun murders mark an all time high in the persistent sickness of a society that repeatedly fumes and shrugs at acts of gruesome violence that terrorize women. While the film industry is eagerly testing the box office potential of female protagonists, the Supreme Court has directed against automatic arrests in cases of dowry harassment. Although it is quite reasonable to see red if people are arrested simply on the basis of complaints, the directive does imply a rather unnerving judgment rooted in patriarchal fears: that it is more important to stop “disgruntled” women from filing complaints than to provide a ready weapon to women who face harassment. One wonders if a Sampat Pal led Gulaabi Gang (or Madhuri Dixit’s unsuccessful filmy version) would be required to come to the rescue of women whose genuine complaints aren’t attended to immediately by the police in future. Political leaders as well as the judiciary pick and choose their causes, and concerns relating to women often fall at the bottom of their priority lists.

Given the heightened consciousness displayed by youngsters and media persons reflected in the loving response to movies such as Queen and Highway, both of which celebrated the liberation of women from the bondage of convention and pigeonholed lifestyles, it was quite disheartening to see the run up to the general elections focusing on matters economic and religious, rather than the social. “Empowerment” of women continues to receive lip service from our politicians, but they have stopped short of suggesting reforms that can reduce the need for protection and allay the atmosphere of terror amidst which women perform daily tasks such as going to work, visiting places of recreational interest and living independently. Even after the badaun murders, policy prescription remained centered around building toilets rather than building healthy attitudes towards women. Social reform does not hold much appeal for a vast section of voters. This is unsurprising, as affirmed by Bollywood’s old guard, following whose legacy Salman Khan literally bites on to the unsuspecting female character’s clothes while lip-syncing Jumme ki raat in his upcoming film Kick. His actions evoke taalis and seetis (and half a crore youtube hits) rather than derision.

Central to the lack of political will for social reforms favouring women is the nature of the electorate, in which women fail to vote as a bankable group. Despite comprising nearly half of the population, women have been unable to translate their numbers into concerted votes and consequently into favorable policies. This indicates a gap in political activism that focuses on the needs of women. Most political parties have a dedicated “women’s wing” which organizes protests and attempts to vocalize the need for reforms. However, the very fact that such activism is restricted to “wings” rather than the central political body is proof that interests of women are deemed as secondary by the political class. The system of women’s wings sanitize the mainstream political discourse of any deep understanding of the entrenched discrimination that women suffer from, and reduces their concerns to mere adjuncts. Women, therefore remain without any political representation worth mention.

A genuine revolution would require women to come out of the “wings” of the existing political parties to create a political alternative for themselves, which can tap their votes and serve them democratically.

The central government has a significant number of ministers who are women. But, one doesn’t need to be a Bobby Jasoos to figure out that representation of women in politics isn’t merely a matter of having politicians who happen to be women. We require politicians who are dedicated to the goal of bringing about gender equality in society, irrespective of whether they are men, women or transgendered persons. Unfortunately, there are no politicians who seem willing to mobilize and unify women across caste, class and religious divides to cultivate a solid voter base among them.

Even if the new government at the centre is effective in introducing reservation for women in parliament, it will not translate into empowerment unless it is accompanied by an emergence of leaders for women rather than leaders who are women by happenstance. The existing political parties are not ideologically equipped to envisage any far-reaching social reforms. Even though India hasn’t witnessed any large scale feminist movement in the past few decades, men’s rights groups have already made an appearance in addition to various cultural organisations that pride in counseling women to “adjust” in order to preserve the family system. The need of the hour are leaders who can question entrenched norms ranging from the unrecognized crime of marital rape, social conventions that dictate division of labour within households and the disturbing sense of entitlement flaunted by chauvinist individuals and organizations who seek to “discipline” women.

Central to the lack of political will for social reforms favouring women is the nature of the electorate, in which women fail to vote as a bankable group.

It took a mighty Vidya Balan backed by an expert like Sujoy Ghosh to initiate a new kahaani for female actors in the film industry, which eventually led to several opportunities for her contemporaries who are now hoping to break free from their shackled on-screen existence. In the arena of politics, such leaders can emerge only through new political parties, which are built upon the ideology of serving the interests of women. A genuine revolution would require women to come out of the “wings” of the existing political parties to create a political alternative for themselves, which can tap their votes and serve them democratically.

Freedom Behind A Veil