Disappointment: An Entry In A Daughter’s Diary

The author reflects on the lives of mothers, aunts and grandmothers as seen by girls growing up in middle-class families.

The trigger for this piece is not just Dil Dhadakne Do, a Bollywood movie, but also parallel fragments of conversations around me about the lives of women, as seen by a majority of middle-class girls growing up.

In Dil Dhadakne Do, the dialogue of Ranveer Singh to his mom, “kahan jaati aap?” (“where will you go?”) says it all. For your reference, here he yells at his mother accusing her of staying with her husband who apparently has cheated on her several times and does not value her, only because she, his mother, does not have any place else to go.

This is why marriages of our parents and aunties succeeded many times, because women could not see a place to go to, isn’t it? At least, I felt so. An affair may not be required to set off this feeling of wanting a way out of marriage. It may be just the fact that you cannot make it work any more.

Don’t take me as a proponent of breaking marriages. I am personally someone who would go all the way, do everything to make it work and break up does not come easy to me. But at the same time, I have felt that the courage that women lack to move away from a relationship that is beyond repair is majorly because they do not see themselves as confident enough to be able to lead their own lives.

I have felt that the courage that women lack to move away from a relationship that is beyond repair is majorly because they do not see themselves as confident enough to be able to lead their own lives.

While I grew up to be independent because my father wanted me to be, and I am ever grateful, I also became sensitive to fact that a greater proportion of women that I saw around me compelled in me an urge to empower them mentally in some way or the other. For instance, it would always come to discussions where I would ask them about how they like to spend their leisure times and propagate tuitions, cooking classes, meditations, etc. to such an extent that it would almost feel like I am choking the idea down their throats, whether they want to or not.

This happened because I really wanted them to feel more at peace and confident about themselves, to be able to value their presence in someone’s life rather than being complacent with the least acknowledgement of their irreplaceable existence. It bothered, and still does, that someone stays because she has no place to go.

I am glad to be born in an era when “what I want” is the driving idea of life and in a family that taught me not take this idea “too far” and hence be able to strike a fine balance, and I wish that every lady I meet is able to feel and live out the former, and that when we meet we can talk (and I don’t mind listening to her) about how she finds it satisfying to have her yoga class in the evening, about how she spares herself from cooking on Sundays and lets her husband take charge or about how she is planning to start her own Facebook page.

These simple acts for “herself” are acts of empowerment, essential and very small changes that we can try to bring about. May be it is time to give back to our mothers and mother-like figures, people who have enabled us to write about it.Image via Shutterstock. 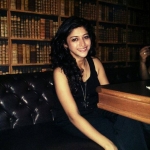 Dil Dhadakne Do: A Movie That Urges You To Listen To Your Heart [Movie Review]