The Mare’s Trap: Nature and Culture in the Kama Sutra [Book Review]

In 'The Mare's Trap,' Wendy Doniger explores the Kamasutra looking at it in the context of texts from the same time period, like the Arthashastra and Manu’s doctrines. 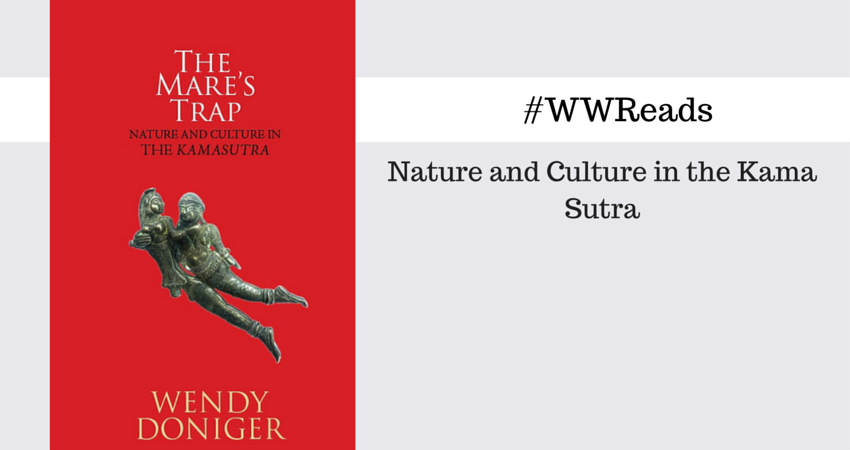 In The Mare’s Trap, Wendy Doniger explores the Kamasutra looking at it in the context of texts from the same time period. Here’s the book review.

On the heels of India’s attempt to ban porn sites comes an exploration of the social relevance of the Kama Sutra, written by no less than Wendy Doniger. She sets out a carefully explored study of the treatise looking at it in the context of texts from the same time period, like the Arthashastra and Manu’s doctrines. What sets Vatsayana apart from the rest she says is his unbalanced treatment of gender issues. While the book is targeted at men, rather than unnatural contortions, it focuses on the fact that women should be treated gently and honoured from a sexual viewpoint, which makes it important at a time when rape and sexual abuse are hitting the headlines with greater and greater frequency and India is being described as the rape nation of the world.

Vatsayana uses the narrative style of the Arthashastra and Manu, setting out his points but, at the same time his text is far more imaginative and poetic – and it needs to be, since the subject of sexual pleasure is very different from social governance. Though in a sense it is a kind of social governance, since the sensual world has its own, mainly unspoken, rules and regulations that ever since the Victorians took over India, are being swept under the carpet. Today’s Indians, Doniger says, are the heirs of the Victorians and most of them have never read or even bought a copy of Vatsayana, though the Kama Sutra is given as a  wedding gift by those who want to be perceived as free thinkers.

Burton, she says, was florid in his translation and mistaken in much of his assumptions simply because he thought too much of his Sanskrit powers.

She also dismisses Sir Richard Burton’s fabled translation of the text which became the Victorian free thinkers’ Bible in one sense. Burton, she says, was florid in his translation and mistaken in much of his assumptions simply because he thought too much of his Sanskrit powers.

Doniger deals with issues like adultery and points out that Vatsayana gives examples of men who were killed for adultery, while at the same time detailing how to seduce a married woman. His hero is a very modern metrosexual who never visits his mother but spends most of his time in the pursuit of the good life with all the requisite accessories, deodorants and mouth washes. Much of it is relevant today since relationships focus on how couples can please each other not just through sex but through the sharing of common interests.

Vatsayana also anticipated today’s third sex, whom he refers to by the pronoun ‘she.’ The fact that the third sex, which went beyond eunuchs or hijras, had existed since the Mahabharata is overlooked again fairly often – though an odd omission, whether Doniger’s or Vatsayana’s is unclear, is the tale of Shikhandi who has now come to stand as the prime symbol of transgenders in India.

As a study of what the Kama Sutra represents in society, the book is an interesting read. However, it does require a certain amount of familiarity with Vatsayana’s text, though preferably not in Sir Richard Burton’s translation, or in any of its modern spin-offs.

If you’d like to pick up The Mare’s Trap by Wendy Doniger, do consider using our affiliate links at Flipkart or Amazon.