30 Women In Power By Naina Lal Kidwai is all about successful women in India and their inspiring stories. Here is our report on its launch. 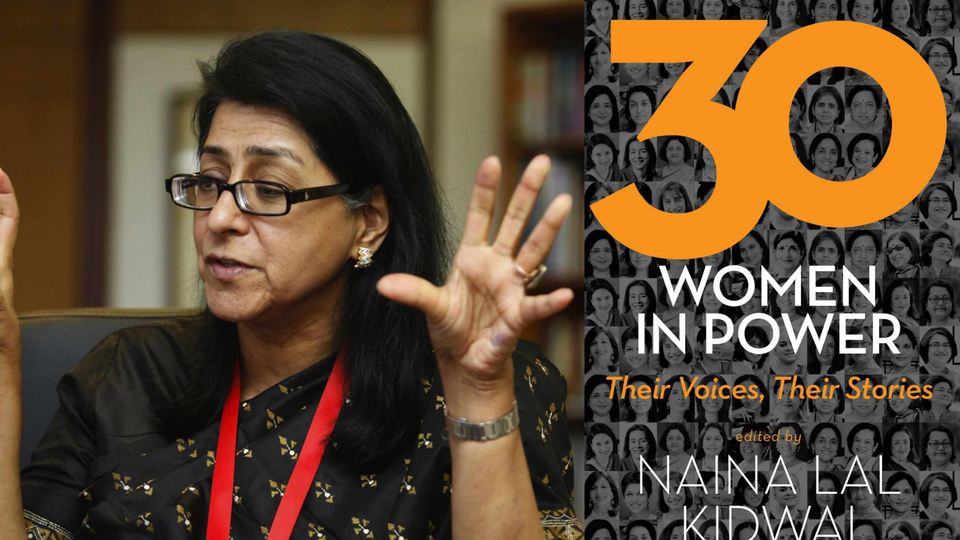 At the launch of 30 women in Power by Naina Lal Kidwai, an extraordinary panel of women met to inspire other young women in India. Here’s the Women’s Web report for you!

Recently, the FICCI Flo Bangalore chapter launched Naina Lal Kidwai’s new book 30 Women in Power with an extraordinary panel of women who are role models to young Indians, and I had the chance to listen to a few of the most inspiring women at work in India.

The panel included stalwarts like Kiran Mazumdar-Shaw, Chairman and Managing Director Biocon, Shaheen Mistry, Founder of the Akanksha Foundation, Nirupama Rao, Former Indian Ambassador to the US and Shereen Bhan,  Managing Editor of CNBC-TV18. It was moderated by Naina Lal Kidwai who edited the book.

30 Women in Power is a compilation of 30 essays on successful Indian women and CEOs from widely different sectors and industries. Each of them share their stories and the paths they undertook to reach the pinnacle they command and inspire from. Naina Lal Kidwai talks in her book of how the narrative about Indian women is about oppression and victimhood and she attempts to bring in a positive perspective as well by sharing the successes Indian women have achieved in recent years.

Nirupama Rao spoke of her journey in the IFS and about working with so many different Prime Ministers starting with Indira Gandhi. In her down to earth manner, she talked of the most successful phases of her career as the first spokeswoman on foreign affairs. She also highlighted the understanding and bond she cultivated with her husband over the years which helped her during the long periods of separation and while bringing up a young family. Nirupama Rao also emphasized that women should choose their husbands well and called it an important career decision.

Nirupama Rao also emphasized that women should choose their husbands well and called it an important career decision.

Kiran Majumdar Shaw shared her journey in returning to a male dominated industry as a brew master and calls herself the accidental entrepreneur. She reminisced about her early years, about the credibility challenges she faced as a young woman trying to start a biotech firm and the few people who believed and stood by her. She encourages young women to “take on tough challenges as when you overcome tough challenges you become strong”.

Naina Lal Kidwai highlighted that the chapter Shaheen Mistry authored is a lyrical chapter which defines the space where Shaheen has passionately worked for 25 years. As Teach For India launches in Bangalore, Shaheen talks of her defining moments and her ambitions in trying to solve inequality in the country. Shaheen reiterated that women should be gentle on themselves to avoid falling into the guilt trap.

Shereen Bhan who has for the last 15 years worked with CNBC and is a leading light in the sunrise sector which is TV news, talked of how people box women according to gender stereotype; a good example she cited was how people introduce her as India’s best looking anchor whereas she has so many other professional feathers to her cap such as having the longest running show on start-ups that summarise her work much better. Shereen Bhan also mentioned how over the years of interviewing women, media often glamourizes the success without much focus on how tough the path is; the result is that young women come into the work force with a rosy picture and find themselves disillusioned.

Each of these inspiring women spoke of ambition as a positive word and the influence of a strong father figure, male mentors and championing husbands. Naina Lal Kidwai says that this book is their attempt at reaching out to women who have stepped out of their homes – to reinforce and motivate them that it is possible to balance both worlds and create success stories that belong to women alone.