Eating Solo: What Stops Women From Doing It?

As a woman, is eating solo still something of an oddity? Something that makes eyes stare at you and have you bolting your food down? 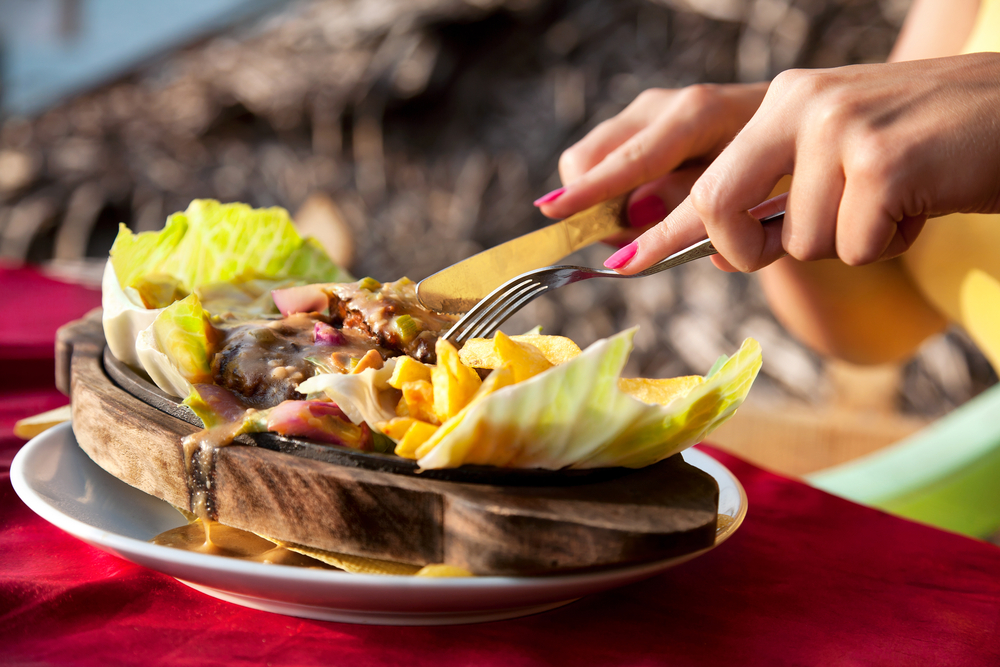 As a woman, is eating solo still something of an oddity? Something that makes eyes stare at you and have you bolting your food down?

I love food and one of the things I absolutely love doing is sitting in a public place – a café or an eatery, munching on my food leisurely and watch the world go by. I do not always find company – sometimes neither my husband nor my friends are available or I just find myself in a place where I don’t know people and need to grab a bite. So I just go solo, find a table, get myself something to eat and enjoy my own company happily – ruminating, alone with my thoughts or simply enjoying the food and looking around, taking in the sights.

This sounds idyllic, but it is hasn’t always been this way and even now, it isn’t always this easy.

Eating out alone in a public space was not something I could do this effortlessly.

In fact, through my college days, although I travelled alone, lived in a hostel and was fiercely independent, I do not remember a single instance of sitting alone in a canteen and having a meal or even a tumbler of tea on my own. As a girl, there was safety and comfort in numbers. Had I been a boy, would I have been bothered about something as simple as sitting and sipping a beverage alone? Would anyone have given me a second look, had I been a solitary male sitting for hours in the college canteen, enjoying a full meal wholeheartedly in a relaxed manner?

But there is just something about being a girl that did not even allow me to consider the thought of doing something like this.

What would people think? Would they think I was waiting for someone, when I wasn’t? Would they make fun of me? Would I get ‘eve teased’? Would someone come and approach me or sit down next to me? Eating solo was simply unthinkable. If one was hungry, one just waited for friends or if desperate, bought something easy to eat and gobbled it on the go or in a ‘safe’ place away from glaring eyes and judgemental faces. This was going back 20 years and when I lived in India.

On moving to the UK, in my early days I found myself in desperate need of a cup of warm beverage to stave off the cold. Entering a doughnut shop I began to harbour ‘bold’ thoughts of sitting inside the cozy café by myself to enjoy a cup of coffee and a doughnut.

So far I had not encountered any ‘eve teasing’ in the UK and hence my bold stance. I still remember being absolutely petrified and thinking all eyes were on me. I was the only Indian face in the place and felt terribly conscious of doing something as basic as feeding myself. With all my bravery, I ordered an exotic coffee that I had never tried before and willed myself to sit down. No one looked and no one really cared, but I was so uncomfortable with what I was doing that I just gulped down the scathing hot coffee, wrapped up the doughnut in a paper napkin to be eaten later and hurried out as fast as I could.

It can still be hard sometimes – I do have to clutch on to my mobile phone and pretend to be busy. I do sometimes have to avoid looking around in case someone gets the wrong message, when all I am doing is casually admiring the décor, how people are dressed, what they are eating, wondering when my order is coming and so on. Some women I’ve seen eating alone, use a book or newspaper as companion and that makes it easy to avoid looking at people and simply look busy. Some just resort to mindless texting or games on their cellphones.

Would a man need any of these aids to eat alone? Why does a women feel the need to have a comforting accessory when all she wants is to enjoy the food and view? Like a man would do…….

Eating alone as a woman can be a challenge anywhere in the world as I recently discovered. Sitting in a fast food restaurant in Singapore on my own, I found to my horror a man sitting across from me pointing his camera phone in my direction and taking pictures! I wish I had confronted him but instead chose the easy option which was to wolf my food down with a downward gaze and rush out speedily.

On another recent occasion, I was on my own in Malaysia and ordered a fruit juice at a restaurant that had a bar too. I could just feel the eyes of the male waiters on me as I sipped the drink. Was it because I was a woman? Was it because I was an Indian woman sitting alone in a restaurant? I just felt very cautious and the need to be alert. It just goes to show that as a woman, wherever in the world you go it can be hard to fully relax and dine or drink alone the way a man would do.

One day I wish to eat alone in a public space in India. One day I wish I can unabashedly and uninhibitedly dig into a dosa and slurp a masala chai on my own anywhere in India. Not because I won’t find company because purely because I have not done it before. Without fear of being judged, without embarrassment, minus guilt and without being pressured to pretend that I am waiting for someone.

One day, I wish I can eat alone anywhere in the world the way a man can – without gulping, without swallowing large bites and without causing myself heartburn or indigestion. One day I wish I don’t have to think twice before indulging in this solitary pleasure of dining alone because I am a woman. Eating solo is just one of the many male bastions that needs to be stormed before I think I have become free of the shackles that come with being a woman.

Pic of food via shutterstock