Ananya: A Bittersweet Journey, by Shilpa Gupta, is an interesting page-turner that deals with the various complexities involved in teenage lives. 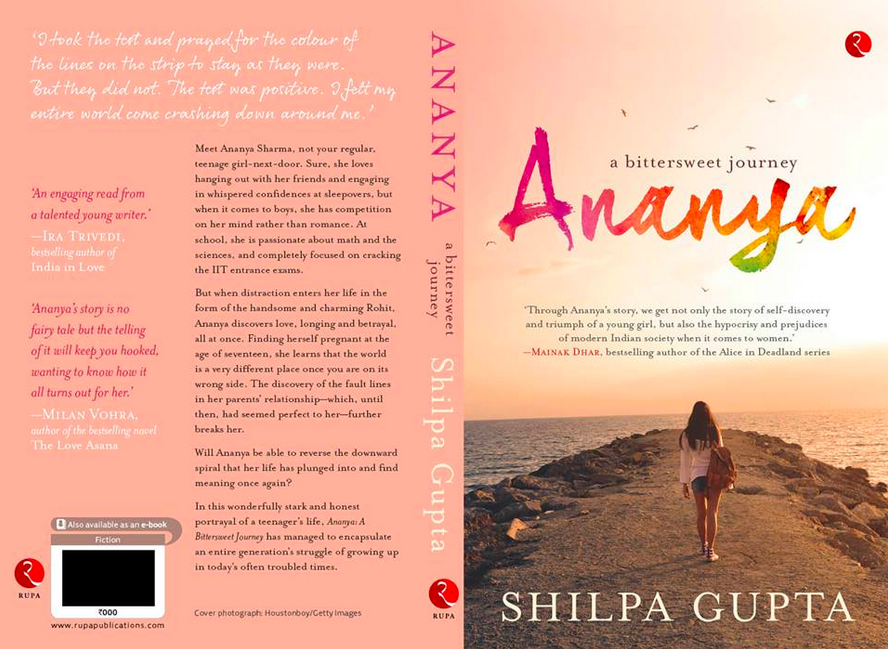 Ananya: A Bittersweet Journey, by Shilpa Gupta, is an interesting page-turner that deals with the various complexities involved in teenage lives.

Ananya Sharma, a brilliant student, has her life charted. To do civil engineering in the IIT, and a bright future. Her days are filled with school, JEE classes, and studies. She has a group of close friends, all focused on their career, and she loves hanging out with them. She is the only child of a middle-class, career-oriented parents, who are proud of her and her achievements.

With math and science mostly on her mind, she has no time for any romance. Until she meets Rohit, her closest friend Moh’s charming and worldly older brother. He sweeps her off her feet, plunging her into a swirl of passion that she is unable to resist. It is certainly a fairy tale for Ananya, with Rohit taking her to dinners at five-star restaurants, and buying her expensive clothes and things. The fact that he overrules her at all times, in matters of taste, dress, and intentions, should have raised a red flag. It is clearly an unequal situation. Ananya, protected by her parents from everything, is living in a bubble of security. She is naïve (a little too naïve, actually, by the standards to today’s teens and this gives the book a slightly dated feel), inexperienced and an underaged participant in the relationship with Rohit. Rohit, on the other hand, is an adult who knows only too well what he is doing, and takes advantage of the situation, considering her a conquest. Rolling with the tide, Ananya finds herself holding a stick with two blue lines, with Rohit gone away to the US and his calls, messages and mails dwindling away.

What happens after this? How does she deal with finding herself pregnant at 17, her IIT dreams dashed as she succumbs to intense, mind-numbing depression? How do her parents cope with all this? What happens to her friendship with Moh?

Ananya: a bittersweet journey, by Shilpa Gupta is the story of a modern teenager. The sometimes invisible-to-others peer forces, the rush of classes, the socializing and sleepovers, the confidences that can be shared with only close friends who stand by you, no matter what. This book also deals with the yearning for some family time when both parents have their careers to pursue, the tunnel vision that even the best of parents can have regarding their young adult’s sexuality, and the problems that putting the talk about sexuality on a back burner can cause. This story also portrays the double standards that a woman is subjected to in our society – not just on the issue of sexual behaviour and morality, but also the patriarchy within a marriage, where somehow a mother’s involvement in her career is seen as something secondary to the father’s, as far as giving time and attention to children is concerned, instead of deeming it a joint responsibility.

An excellent first novel by Shilpa Gupta, one that keeps the reader glued to the narrative, wanting to know what happens next. She has certainly got under the skin of today’s teens and their issues, making this book very relatable, and something that could be recommended not just for young adults, but also for the adults around them, who all have a responsibility towards them.

However, there are a few things that rankled. At places, the narrative jumps from one thought to another, from one incident to another, from one day to another without clear demarcation – something that a reader might find a bit confusing. A round of tighter editing could have done the trick. More importantly, I wondered why it was necessary to have the good-male-friend-who-might-be-a-possible-suitor to hold Ananya’s hand at a bad time? One could argue that Amit might be just one of her close friends who helped her through the crisis in her life, but that argument is upturned by the scenes in which we sense the competition between him and Rohit. It would have been so much more satisfying to see her regain her lost confidence without validation from Amit.

It is good to see Indian writers writing on important issues like same-sex love, teen pregnancies and moral policing in mainstream publishing, not just for adults, but for children and young adults. It is time we did.

If you’d like to pick up Ananya: A Bittersweet Journey by Shilpa Gupta, do consider using our affiliate links at Flipkart or Amazon India.