The Recent ‘Nari Shakti’ Events: From Rhetoric To Reality

The 'Nari Shakti' focus at the Republic Day events, and other messages on women's empowerment gladdens our hearts. But how do we make it a reality?

The ‘Nari Shakti’ focus at the Republic Day events, and other messages on women’s empowerment gladdens our hearts. But how do we make it a reality?

The splendid sight of my school (Birla Balika Vidyapeeth, Pilani) band on the Rajpath has always filled me with immense pride and joy. The theme of this year’s Republic Day Parade – “Nari Shakti” (Women Power), provided for an extra enhancement to all such feelings. An all women contingent from the army, navy and air force marched on Rajpath.

A sight of discipline and elegance, the maiden tableau filled the hearts of every Indian with hope and acceptance; acceptance of women moving out of their traditional roles, acceptance of a challenging life, out from the comforts and “safety” of home.

The rhetoric is soaring high. The Beti Bachao, Beti Padhao scheme was recently launched with the objective of containing the dwindling sex ratio in India and also to create avenues for the overall progress of a girl child. Then, the Republic day was concluded by celebrating “Nari Shakti”.

Internationally as well, the fifty-ninth session of the Commission on the Status of Women will take place from 9 to 20 March 2015. The session will mark 20 years of the implementation of the Beijing Declaration and Platform for Action, adopted at the Fourth World Conference on Women in 1995 and will address opportunities for achieving gender equality and the empowerment of women in the post-2015 development agenda. It will be interesting to discuss its outcomes.

All in all, feminism is entering the political space. Gender equality is being supported in many quarters. But let us look at what goes into substance and what flies off as eloquence.

Gender Equality: A long way to go in reality

The Beti Bachao, Beti Padhao scheme which was recently launched talks about the grave decline in sex ratio despite all the pomp of accepting the girl child as a ‘wanted’ member of family. It talks about girls’ education as a powerful weapon of change and how the celebrations on the birth of girl child can lead to a happy and worthy society.

To make the concept reach a larger audience, a float was also exhibited on the Republic day, with celebrations taking place on the birth of girl child. On the occasion of launching the scheme, Prime Minister Mr. Modi, categorically stated that the marriage of a girl must not be seen as the root cause for gender bias. This statement was powerful and attacked the deep seated mindset of considering the girl child a liability. This mindset forms a vicious circle and the result is reflected in the grave and worrisome sex ratio of the country (The infant sex ratio in India dropped to 914/1000 in 2011 from 927/1000 in 2001).

…amidst all the development, sons are preferred over daughters. The primary reason being the mindset that considers daughters as “paraya dhan”, as they “leave” the natal home after marriage.

This raises a very pertinent question – are all the development indicators, ranging from reduction in poverty to enhanced literacy levels, false? Or oblivious? Recently I read in The Hindu, about a study conducted to assess the “preference of sons” in various states. The results were not shocking; amidst all the development, sons are preferred over daughters. The primary reason being the mindset that considers daughters as “paraya dhan”, as they “leave” the natal home after marriage. Dowry and the complexities of groom selection follow.

To ensure equal treatment of boys and girls, while a revisit on the concept of marriage and its setting might take up an evolving debate, indiscriminate spending on marriages must be addressed on a priority basis. The Beti Bachao, Beti Padhao scheme contains a provision for a “Sukanya Samruddhi” account scheme, under which accounts could be opened for girls. This account must not be seen as savings to get the girl child married. To free the society from unnecessary and ostentatious spending on weddings, the Karnataka Government’s decision to tax lavish weddings is a case in point. Such a tax must be levied on a national basis and the proceeds from the tax utilized for higher education, skill development and imparting compulsory self-defense training to the girls.

Change needed in familial expectations too

Now let’s see how the spectacle and sweet tune of “Nari Shakti” resonates with the budding (or stagnant) social situation. According to some studies and also by the commonly accepted and prevalent view, women officers in the defence services take frequent leaves and apply for softer/spouse postings owing to family commitments and physical problems. After marriage, they tend to make compromises by skipping courses and training which are necessary for career progression.

Such a perception is not false, neither it is the outcome of patriarchal mindset and cautious perception of reality by their male counterparts. It is a prevalent situation among women owing to family engagements and obligations.

While this might not be true for a large number of women, but the flip side shows a conflicting picture, where such compromises and commitments play a role in keeping women from performing to the best of their abilities.

While there is a tendency to move out of traditional roles, a similar willingness is absent when the position of authority and responsibility comes our way. While this might not be true for a large number of women, but the flip side shows a conflicting picture, where such compromises and commitments play a role in keeping women from performing to the best of their abilities. A strong will, commitment and dissociation from predefined roles of both males and females is needed to turn the tide of events and content of such reports. It is up to the society and particularly women, who would render a great service to humanity and themselves, if they refrain from turning their sons into ‘macho men’ and daughters into dolls. The process has started and there is no dearth of women who have entered this process and ensure that it will carry on and will gain speed.

Imagination and will need to succeed. The rhetoric needs to be seen in the light of realism. There must be a collective pursuit for a brighter future and a furtherance of efforts to attain it. The female sex needs to be freed from the sense of victimhood and timidity. For all this to happen, we need to embrace defiance and a future which will not be shaped by the past and absurdities of traditional and cultural expectations. The recent events throw light on the prevailing mood in the country.

We just need to shun the prevalent and sinister ideology which stops girls from performing to their best and clear the path for “Nari Shakti” to astound the world with its might. 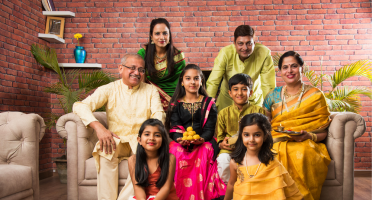