Learning Fun for Generation Z With Apps And Games 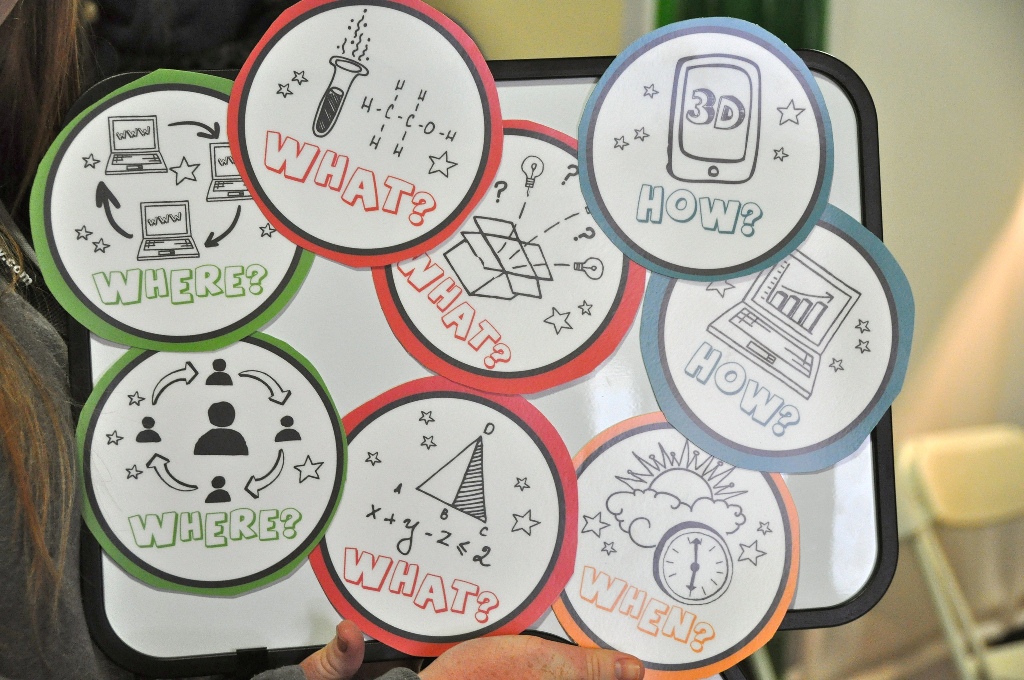 If used in moderation, tablets and fun apps for kids can help you keep them entertained. Here is a list of useful fun and learning apps for young children.

This post is written as part of a series where bloggers on Women’s Web experiment with the new Dell Venue tab, and use it for various work and leisure activities as part of their daily lives.

The new crop of babies, crawlers and toddlers have a new skill that the previous generation didn’t master: They know how to swipe! They learn to swipe as soon as they get their hand eye coordination figured out. Every screen they see, they think is a touch screen which does wonderful things when swiped. As soon as my son learnt to pull himself up and stand he tried his hand at swiping the biggest screen in the house – the TV.

Seeing his interest in learning and playing with the Dell Venue tab, we made a separate profile on the tablet just for him and filled it with apps, baby learning tools and videos. We use the tablet mostly as a distraction and a learning device. The tablet has come to our rescue countless number of times in keeping him engaged while at a restaurant, when he is being cranky with eating or while traveling.

Here is a list of such fun and learning apps and games for young kids.

We recognized the importance of the Dell Venue tablet and baby apps when my son was 2 months old and colicky. After initially feeling flummoxed and at our wits end we discovered the Baby Soother app for our android tablet. The app has soothing sounds that includes white noise, wind chimes and motor sounds. The sound that helped my baby most was the whirring sound of the vacuum cleaner. Turn on the app during colic hour and baby would instantly calm down. It worked on most days and some days we just had to figure out other tactics.

The next discovery we made on the tablet were the videos from Mother Goose club which is a treasure trove of nursery rhymes. It is available on You Tube and you can subscribe to it too. I grew up on a healthy dose of nursery rhyme tapes and wanted my son to appreciate rhymes as well. We have subscriptions to Mother Goose Club and Kids Camp.

We also have a few good downloaded children’s songs in my mother tongue and Hindi. My baby who is now a toddler knows and dances to quite a few popular nursery rhymes and songs. His recent craze is watching the Cars movie videos on You Tube since his little world revolves around cars these days.

This is a simple game and a baby who has learnt to use his index finger will be absolutely delighted with this game. The game has bubbles of firework that come up on the screen which an enthusiastic toddler can burst by touching the bright colored firework. The brilliance of My Baby Fireworks lies in its simplicity and it has led to peals of laughter in my house.

My husband loves music and I suspect that a lot of his genes have passed on to my son without much adulteration. My son loved this app ever since he could hold a tablet and the light weight of the Dell Venue Tablet makes it easy for him to hold. The way he runs his fingers across the tablet on My Baby Piano makes us proud parents who imagine him as Beethoven. Listening to the music (or non-music!) he makes on it is good entertainment for the rest of the household.

We have the Nursery Rhymes app downloaded on the tablet which has only music without video. The songs are constantly updated on the app and it is easily available online and offline which makes it easily accessible to calm a cranky baby. Popular nursery rhymes such as Twinkle Twinkle and a few good but not so popular songs such as Diddle Diddle Dumpling are there in the playlist. The only downside are the ads that come on the app which my baby ends up pressing by mistake.

Baby TV  has a host of apps and videos which are age appropriate for a toddler and has good content which are inclined towards encouraging the child to learn. The shows are of short duration which is perfect for a toddler’s attention span. My baby has picked up a few words from his favorite shows and his new favorite word is choo choo from the show Tricky Tracks where they teach numbers, shapes and sizes in a good fun way.

The creators of Talking Tom must be a very happy bunch as it is one of the most popular apps for kids and some adults. Talking Tom listens to you and repeats whatever you say which have led to quite a few shouting matches in the house, since Tom does not give up easily. You can interact with Tom by rubbing his tummy, giving him ice cream, giving him a ball and making him dance to music. It is funny when my baby decides to join Tom in his dance session. Along with Tom who is a cat, there are other characters such as a dog, a fox, a sheep, etc.

Read Me Stories is the next app I want to try for my little one. He is developing an interest in story books and stories and has more patience for listening to stories now. My friend’s daughter who is a preschooler uses this app and can read along with her favorite stories. This is definitely on my must try soon apps list.

The tablet is a lot of toys and educational tools in one device because of its versatility. Nothing helps distract a cranky baby as a video of his favorite rhyme or song, giving the parents just enough time to make him dinner or ready his bath. Any new parent of a generation Z baby will tell you that these apps and games have become important arsenals for parenting this generation of urban babies from nuclear family who go out more and learn a lot more than the previous generation.

Most apps mentioned in the article are available on Google Play Store for android tablets.