There’s a Rape Epidemic In India, And I Won’t Watch Idly

India's record with rapes is more than shameful. Here are some pertinent questions about why we tolerate rape and gender violence.

India’s record with rapes is more than shameful. Here are some pertinent questions about why we tolerate rape and gender violence.

My day begins with reading the newspaper, and what totally disgusts me is the various sexual crimes against women – ranging from rape to molestation (age differs in each case). From all parts of India, we have reports of rapes, which are getting more barbaric & horrifying with time. With even cops jumping into this act; can things get more worse?

The Nirbhaya rape case shook me, and the entire country. I couldn’t even imagine the brutality she underwent. Her death was something I can never forget. I cried my heart out on her death, as all other Indians did. Yes, we do project our outrage by having candlelight marches. But that goes on as long as the story is on the front page. Then, we shift our focus to other things. Eventually, we forget.

But alas, no lessons were learnt. Rapes are only getting more horrifying. Who is to be blamed? It looks like India is suffering from a rape epidemic.

Why do men rape? This is one answer that eludes me, and I’m sure all of womankind as well. Is it lust or just a show of strength that they are superior? or can they not take rejection? Do they feel remorse after the act? Do they feel for the victims’ agony?

To make matters worse, we have police who first refuse to file an FIR as it would reflect on police station crime statistics and then go on to ask the victim insensitive /uncomfortable questions, further traumatising the victim.

Who is to be blamed? Does the onus lie with women’s dressing sense /her right to reject their advances / her going out late at night?

Why can’t we tell young boys that touching a woman inappropriately is wrong? Why do we as women need to dress so as to not attract unwanted attention which can arouse sick feelings in men? Why can’t we dress the way we want to and go wherever we want to and which ever time of the day we want to?

To make matters worse, we have great politicians who always blame women and side with men:  “men will be men “, “men make mistakes”. Unless the mindset of such people changes, rapes will continue. Anti-rape laws are more in favour of the accused than serve to rehabilitate the victim, or reform the rapist. Do anti-rape laws have anything to offer the victim/survivor?

We live in a country where the victim is harassed and the accused roams scot free. Let’s stop the blame game.

Rape is an act committed by men who treat women as sex object to satisfy their lust or ego, it happens in each strata of society right from slums to the elite society. Many  rapes are committed by people who are close to us – friends ,relatives, just about anyone. Sadly, most of such cases are skeletons in closets, due to family honour.

Let’s start respecting our this as our right –  It’s my body, I have the right to refuse to let anyone touch my body.

Let’s teach men/boys in  our families to respect women.

“Rape is not end of the world “as the Shakti mills rape victim said,  and I agree with her. We as a society need to understand this, and help the victim to move ahead in life and live normally, although it’s easier said than done.  The rapist should be made to feel shameful for the crime he has committed rather than the victim.

We need to change the mindset of men as well as women as a society.Goddess Durga is worshipped on one hand and on the other we, the women, are crushed. What an irony!

Let’s bring the change within ourself and start within our family first. Not an easy task but not impossible, too. Sex education is a need of the hour. Let’s educate men /boys that outraging the modesty of women is a crime  and an unbailable offence.

Can we have such laws wherein the next time a man attempts to rape someone, he would shudder at the very thought of its consequences?

Let’s unleash the Goddess Durga within us
And destroy the devil.
This rape epidemic has to be stopped.

I’m hoping and wishing for a new sensitive India where rape will be unheard of . 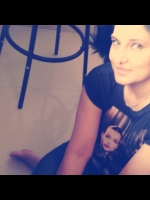