The Secret To Breeding A Sexually Volatile Society

A dress code sends many messages to children. This insightful post asks an important question - Are dress codes breeding a sexually volatile society? 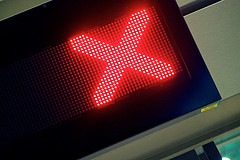 A dress code sends many messages to children. This insightful post asks an important question – Are  dress codes  breeding a sexually volatile society?

On a recent visit to India, I watched my niece in the eighth grade set off to school wearing a long and weird pinafore that went way beyond her knees. When asked if she had lost all her dressing sense, she replied, “It’s not me, its the school management who have lost it…!” I laughed at how funnily she waded her legs through the uncomfortable attire to show her discontent.

Yet another time, I found her ransacking her closet for an appropriate dress that would fit her school’s rules and regulations, to be worn at her annual school party. My attempts to help her choose one went in vain.  Every time I handed her one, she would come up with a volley of do’s and do not’s. Accordingly, jeans, leggings, short skirts, sleeveless tops, dresses or any tight fitting attires were not allowed.

In awe, I asked – was there anything at all that could to be worn? To my disappointment, she answered – “Only formal trousers, shirts and churidar suits(!)”

“Why don’t you just wear a curtain? that would serve the purpose, as well as put a point across to the management!” I chuckled. Although pretty much upset myself, I played it down, so as to not annoy my niece any more.

However, it helped me put myself into a introspective process. How can a well reputed school boasting of ultra modern educational facilities, highly educated staff and personnel, perpetrate such false notions about way of dressing?  Prescribing a dress code for uniformity  among students is understandable, but when it goes beyond that purpose, especially  in the garb of raising a culturally conscious future,  how far is it acceptable?

We need to start from the basics: what is culture? Can it be unanimous for all? Can it be narrowed down to mean ‘way of dressing’ only, or the way we present ourselves before a group?

” Culture”  is all that and more! Most importantly, culture is ‘communication’ as well. It certainly impacts how we send, accept, and interpret messages. It shapes the human mind and conduct, and it is all that we see, perceive and learn too. In this perspective, the message an educational institution gives out is of prima-facie importance in instilling the right culture in a child.

By virtue of such rules and regulations, indirectly, the girls are made to feel guilty of wearing their own choice of dress (or even their parents’ choice!), or showing a part of their leg or uncovered hands. They grow up to believe, that exposure s enough to send unwanted signals to the boys.

Their primary concern would be to bring their conflicting mind to terms with unnecessary taboos and restrictions, constantly being conscious of their mode of dressing and its impact upon fellow male students, with education itself taking a back seat!

And what about the boys? They grow up to believe that girls are all about flesh and fetish.

And what about the boys? They grow up to believe that girls are all about flesh and fetish. The slightest glimpse of their body is enough to unleash their sexual instincts. They grow up to be intolerant and prejudiced about womens’ bodies,  and cultivate the belief that righteous women are always associated with a particular mode of dressing!

By giving out such inherently wrong messages, the school authorities curtail the confidence of girl students as well as facilitate the raising of a bunch of male students who believe women are to be looked down upon for their bodies.

I strongly believe these misconceptions are one of the reasons why our  male population still considers women as mere sex objects.  In a bid to raise a culturally ‘conditioned’ society, our educational institutions are indirectly raising a sexually volatile culture in men.

Second to family, a school is where a boy should learn to respect girls, irrespective of what she wears or how she looks. School is  where a girl should primarily feel confident, self reliant, and no less than any of her counterparts.

We cannot only go about loathing rape culture and the cheap mentality of men who outrage the modesty of women, while remaining passive to the sight of such institutions breeding a sexually vulnerable generation – academically educated, but blinded and beguiled by cultural fallacies!