Bride And Prejudice: Why Should Indian Brides Have To Cry?

Tradition demands that an Indian bride should cry when she leaves her home. With social evolution, we should put these petty expectations to rest! Tradition demands that an Indian brides must cry when she leaves her home. With social evolution, we should put these petty expectations to rest, says this thoughtful post!

The highlight of the latest gossip bulletin among all the aunts, DILs, and SILs was that the new bride had not cried at her bidai (the ceremony where the bride leaves for the groom’s home). She was smiling! Look at her audacity, her shamelessness, her forwardness! She had been absolutely dry-eyed. All of them kept on fondly remembering how much they had wept at their bidai. No tears? Great fears for the future!

Tears, Idle Tears (much to the chagrin of Tennyson), I know why they do not come. Tennyson was moved to tears by some divine melancholy, and the brides of the yesteryears were moved to tears by the fear of the unknown – unknown man, family, home – who might turn out to be quite un-divine and even undermine their physical well-being.

The brides of the yesteryears were moved to tears by the fear of the unknown – unknown man, family, home – who might turn out to be quite un-divine…

The scene has changed today. Today the brides are neither balika vadhus (child brides) nor economically dependent. Most of them are well-qualified, have good pay packages and know how to hold their own – in professional as well as personal matters. They have mastered certain skills, they are older, more confident, and they choose to get married – albeit through arranged channels – at their own sweet time. All this does not leave much space for shedding tears. And if it is a love match, then the excessively teary farewell really can be ascribed to our amphibian ancestors – crocodiles.

But what should we do about the conventional brigade who expect a demure, blushing bride with eyes downcast (forget the GDs, MBA and office wars!) – who cries her heart out, and sheds copious tears with some drama?

Downcast eyes show that she is shy, modest, virtuous, pure, and knows propriety and decorum. That downcast eyes also manage to hide her thoughts and only show bashfulness or coyness is irrelevant to them. Cry she must if she does not want to be branded brassy and shameless – after all she is leaving her family!

Cry she must if she does not want to be branded brassy and shameless – after all she is leaving her family!

Hello, let me tell you – you who look askance at a dry-eyed bride – there are things like mobiles, vehicles, credit cards etc. She knows how to travel (she probably has been working in a metro, away from home for the last two years). In a jiffy, she can contact her family, and yes, there is nothing wrong with her filial bond. In fact, she has been reared lovingly, knows her parents will always be there when needed, and they have prepared her mentally for this welcome change called matrimony.

She has been coached that she is entering into something which will add to her happiness, give her companionship and security. She has been interacting with the groom – everything looks good. She has happy anticipations. How dare tears come? It’s an emotional moment, so wet eyes are bound to be there.

She has been coached that she is entering into something which will add to her happiness…She has happy anticipations. How dare tears come?

Both the guy and the girl have chosen each other with due considerations, have met many times, chatted, exchanged views, and know what to expect from each other. They know how to read the small print of a contract. They expect certain glitches and are mature enough to take these in their stride when they come. Skirmishes, clashes – they will come at their own time. This is the time to be happy.

One bride kept on joking with her Ma not to cry at the bidai because then she too will cry and that will spoil her makeup. She assured Ma that she will show her her home via the web cam which had been gifted to her. Another bride, a veteran of a five-year courtship, said that she had been assured by the groom whether anyone cries or not, she is going to have one crier – his mother, because his mother was wrenched at a very tender age from her family and is still teary about the event.

Still another told me that she had cried buckets at the thought of parting from her pet dog because her groom had categorically told her that he was allergic to dogs. She realised she could talk to her parents on the phone anytime but she was going to miss her ‘cochie-poochie Jhabbo’.

The conventional brigade maintains that all the arguments granted, it still does not look right somehow if the bride is not crying. She looks brazen, indecent, in a hurry to leave her family. It is as if she is not at all upset that she is leaving her family. What exactly does ‘leaving’ mean? Is she being sent to kala paani (an isolated prison) – is she being cut off from her family?

The conventional brigade maintains that all the arguments granted, it still does not look right somehow if the bride is not crying. She looks brazen, indecent, in a hurry to leave her family.

The umbilical cord is cut off at the time of birth and thousands of gossamer threads of affection sprout over the years which bind the child and the family so strongly that the bond is carried into the next birth if regression therapy is to be believed. At least in this life, no one can make her leave the paternal family (unless the wires get crossed and she herself decides to do so, which will be a real tragedy).

So folks from far off times, the denizens caught in some time warp, come to the present! Accept social evolution. Next time when you see a smiling bride at her bidai , smile with her and say three cheers for her parents! 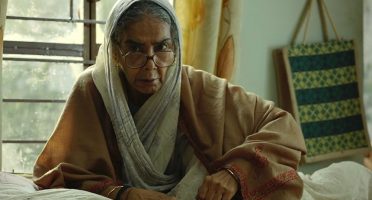