An insightful take on why learning the mother tongue is important for the child, as well as the parents. 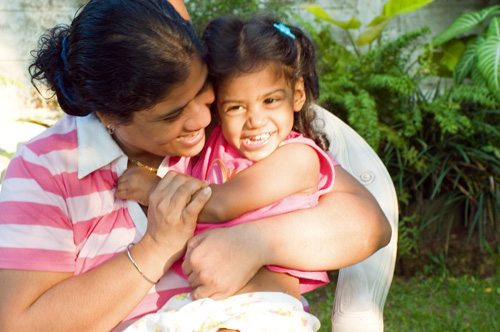 Often, parents wonder about the languages their child should learn. Here is an insightful take on why learning the mother tongue is important for the child, as well as the parents.

X: “Hey! Aren’t you a Tamilian? I mean, how do you speak Hindi so fluently?”

Me (taken aback): “Yes, I very much am a Tamilian, although I was born and brought up in Gujarat. I guess that explains it.”

Such questions set me thinking – what is the big deal, after all?

I do not find it a big deal at all, considering that my parents and I have always conversed in our mother tongue, Tamil, despite the fact that my parents have lived up North and West for most of their lives. As I grew up, I learned Hindi and Gujarati as well as I learned English. Yes, I am not fluent in Gujarati, but I learnt to read and write this language with ease. But, Tamil always is my first and most fluent language and I love conversing in it, irrespective of where I live.

The benefits the mother tongue brings

I was surprised by a close friend who complained to me, over a casual chat, that her child does not speak their mother tongue at all.  I am not sure whether she was actually complaining or feeling glad about the fact that her child refused to (or did not) understand the language. I have observed this in many Tamilians who refuse to speak in Tamil but will endlessly chat in any other language, just to ‘fit in’ with the crowd.

And this uncivilized habit carries forward when people start bantering even as they realize that there are people of the yester-generation sitting amidst them, who may not understand what is being spoken. And, it is this mentality that brings me to the crux of my post: Do you love your mother tongue? Because, if you don’t, you should. And, here is why the mother tongue is important, especially for a growing child.

When a child is born, the first language it learns is the touch of the mother. The aura of her presence shields the child, giving him the much needed assurance and security he needs, as he takes his first whiff of the surroundings. The second language he learns, are the kind words the mother uses to communicate with him. This language is the mother tongue, the language that brings with it a bond of love.

The second language he learns, are the kind words the mother uses to communicate with him. This language is the mother tongue, the language that brings with it a bond of love.

As the child grows, his cognitive abilities increase as he learns myriad expressions in his mother tongue, and grasps the words being spoken around. He tries to apply the words and expressions appropriately, thereby expressing himself with an individuality. Hence, this first language brings clarity in the thoughts and actions of a growing child.

Then, there are many aspects of nature that are better expressed in the mother tongue, especially the art of story telling and songs. For instance, when I first tried explaining to my son about the moon, he did understand. There was a lack of interest. Then, when I sang a small Tamil rhyme showing him the moon in the night, “Nila, Nila, Odi va. Nillamal odi va!” (Nila means Moon in Tamil), he immediately correlated it and said, “Ma! Nila means moon”. And he further surprised me with, “Ma! Nila in Tamil, moon in English, in Hindi – what?”

The question led him to learning a few words in the third language, Hindi, along with learning his first language, Tamil, and second language, English, simultaneously. The power to grasp ideas increases manifold when the mother tongue is spoken at home.

Speaking the mother tongue is one of the best ways to bond with people. I believe it plays an indispensable part in building up strong social relations. Also,it helps a person become confident and independent in more ways than one, as he/she does not grow up with a feeling of trying to ‘fit in’ a crowd. It helps a growing child chisel a dynamic identity of his own. He never has the need to barge/try/beg to ‘fit in’.

Lastly, the mother tongue is an integral part of every person’s identity. Notwithstanding social and peer pressures, it helps a person think in different ways,  along with fueling his imagination. Fluency in the first language always paves the way for creative abilities, a penchant for learning foreign languages, academic excellence, and a healthy social life. After all, it is the language that the heart and mind understand alike.

On umpteen occasions, I have found people refraining from conversing in their mother tongue, either out of the unnecssary  thought of ‘Log kya kahenge’ (what will people say?) or out of a false pride in throwing on a facade, “Oh! I am not one of those uncouth regionals!”

I don’t blame people for such blatant display of their misconstrued personalities. Because, besides home and school, there are many other factors that decide a person’s physical and mental growth. But the strength of not having to give in to the building pressures of peers and other social elements comes from a strong bond with the language spoken at home. It opens up the mind like a parachute giving us a perspective to look at everything differently.

Such is the bond. It is not a shame to speak in your mother tongue when you can and when you should. And, it is important to remember, that flaunting is least necessary, even if you are a flawless bilingual. Bonding with the mother tongue is as important as bonding with one’s own mother.

So, do you love your mother tongue?

P.S: I am proud that my three year old son is fluent in speaking and understanding Tamil. He is gradually picking up Hindi and English and does make a lot of errors. But that does not stop him from interacting more and more with people around, even as he is corrected more often by us and our friends. After all, first language is the mother of all languages. Isn’t it? 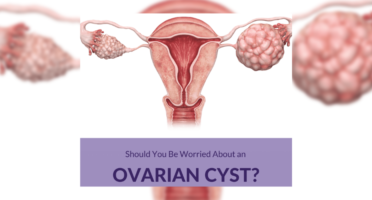