Can online support groups be of help to women? Sagarika Chakraborty shares her experience 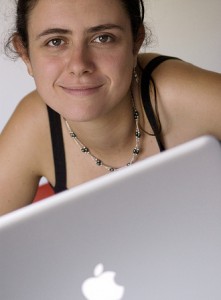 I have always been scared to share. These days however, sharing a good news means posting on FB or RT’ing on Twitter. However, when it comes to the personal life, good or bad I just can’t share.

I never thought I would write this testimony for sharing or even think of encouraging people to open up and share their darkest traits – after all you don’t preach what you don’t practice, right? The truth however is that you should ‘never say never’ and hence this is where I eat my own words. Not exactly eat, more like chewing cud, pondering over the incidents in the last few years and the discoveries that came along. It was a sunny afternoon when it happened, not the usual scorching May one – but with light drizzle and grey clouds that made Hyderabad a paradise. I had come back from my horse riding lessons, finished up pending work and was gearing up for the Frisbee match next day. I love being active and on the ground – so yes it was my kind of day. We were to get our positions assigned for the match and I was excited. The warm ups were usual but a single throw stood apart. For that was where I dived and just couldn’t get up. The friends thought I was joking, one of us was a trained physiotherapist who too had her doubts, knowing my knack for goofs. I wish it was one, I wish it hadn’t led me to visit the doctor and open the Pandora’s box.

The skeletons started coming out one after the other, the road accident three years back, where I couldn’t rest enough because the Boss was a _______ (insert whatever rude word suits you the best!), the missed spine degeneration which had set in courtesy the neglect at the Emergency Department of one of the country’s leading hospital and me ignoring the nagging pain in various parts of my body for succeeding years – mainly because in India you are told that if you ignore your ailment, it’ll go away. That is our version of treating the ‘elephant in the room’.

Did I share what was wrong with me? Of course not! Instead I was on a zeal to prove to the world that all is well in Saga-Land and sunshine is my second name. As a result I over worked my body, pushed it thinking that if I ignore the pain it’ll take offence like the blonde friend and keep distance and of course refused meds, as nothing was wrong with me was my latest mantra.

Soon enough before I knew I had pushed myself a bit too much. In order to make everyone believe that I was ok an there’s nothing wrong with me, somewhere down the road I had forgotten that lies do not work in front of the mirror. I needed to share said  the doctor – I had friends, I had family still why the hesitation the world wondered. For me it wasn’t that they didn’t love me or they didn’t want to help me – instead it was too much to explain and that wore me out.

It was then that I logged into a online support group for the first time, albeit after a lot of thought albeit. Would I fit in? Would I ever share? Would they judge me? – Yes I logged in armed with questions and my perky shield intact.  Strangely however, no one asked me anything – there was a welcome message that explained to me the rules of  the group, the code of conduct and then I was asked to act as I please. What no questions? No explanations? Nah. It was all the more surprising as this wasn’t a specialized group – in my later months I would go on to discover many specialized groups and they would make me lead the life I am living today, but then it was definitely a ‘pinch me’ scenario.

Before long I was hooked. The first Skype session happened. I was one of the 2 long distanced participants, yet I felt included in the ‘circle’ (the first exercise they conducted was to make everyone sit in a circle holding hands and passing on positive energy). When it came to my turn to speak, no one ran out of patience at my social awkwardness. I had suddenly lost my voice and gone blank, they waited with smiles and asked me if I needed more time? As I spoke there were no pitiful looks, or ‘I’m so sorry hon’ gasps – instead there was a strange sense of solidarity and  the air of understanding. Some took notes, some listened intently, some tried to clear their eyes of the invisible lint that had found its way to the retina.

The world of Support Groups is not very popular in India. Yes, courtesy the internet we have numerous FB groups wherein we are able to connect to such groups across the world – yet in the end how many of us really make use of it? Yes, they are strangers, yes it is often washing dirty linen, sharing the darkest secrets  or the most vulnerable thoughts – but still it is helpful because over there no one listens to you out of any other bond but that of the common cause.

I discovered more than I  could ever imagine. The worst battle of mine was probably making my own self accept that I wasn’t to be cured – two wonderful support group friends make me realize that it is ok to live with this realization than survive a life in denial. I stumbled upon much more than my doctor could ever prescribe – to the oils that could soothe the nerves, to the diet chart that helps morning flares, to the discovery that somewhere down the line from being a sufferer I had become a survivor.

To those who say online groups are only for those who don’t have real friends, I can only smile at your ignorance. It wouldn’t be wrong when I say that I have evolved to be a much better person courtesy my support group and if that is fooling myself with my own power of imagination – that is quite an achievement right? As for those in my online group we equally laugh at those who consider themselves sane but are caged in their own thoughts, while we with our limited mobility fly across the world we chose to live to the fullest and not merely survive.

Sagarika Chakraborty is the author of A Calendar Too Crowded. A true literary pursuer at heart she is a corporate law graduate from National Law University, Jodhpur and has done her master’s from the acclaimed Indian School of Business Hyderabad. She has been involved in policy research and gender studies for the last 8 years and has a lot of international publications to her name. By the day she  works with the world’s oldest corporate investigations firm and specializes in white collar crime investigations, forensics and business intelligence.

Her survivor story can be read here.