Why Do Older Women Abstain From Sex?

Is it social conditioning at play that compels older women to believe that even having sexual urges and desires beyond a certain age is inappropriate? 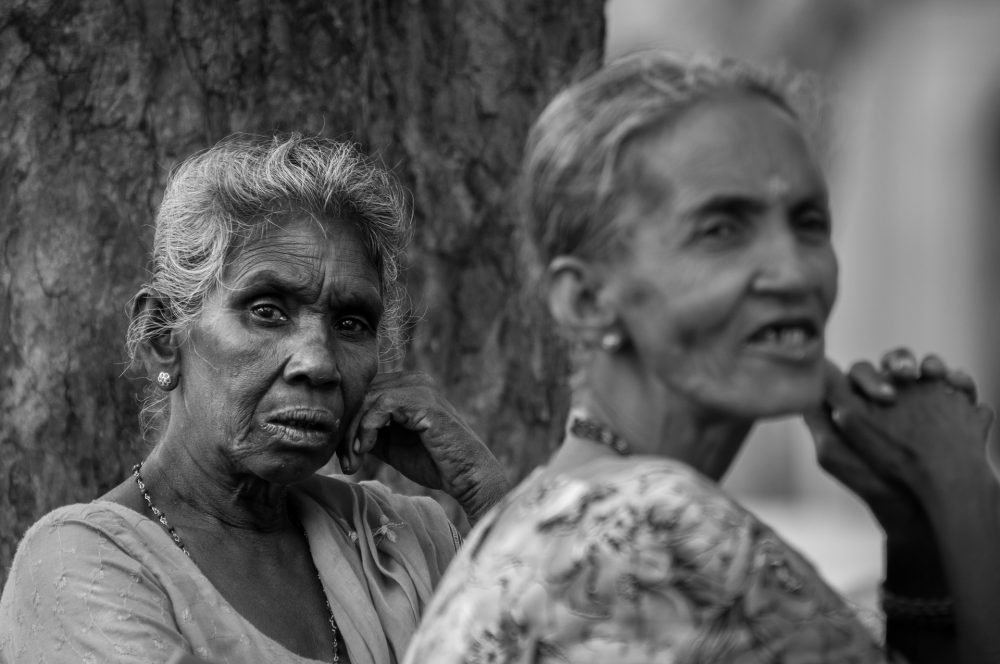 Is it social conditioning at play that compels older women to believe that even having sexual urges and desires beyond a certain age is inappropriate?

“What is this amma that I hear? Do you really plan to move to Rajiv’s house? But why? Did Anu say anything to you? Hey Anu! Why is amma upset?”

Ranja was surprised to even think that his mother Saroj would want to leave the comfort of her own home and move in to his brother’s two roomed apartment. The two brothers had been living in the same house till Rajiv, the younger one got married. His mother had suggested that the younger son rent a house closer to his wife’s office so that she may not have any trouble commuting. Moreover she had felt that the brothers needed to have separate establishments so that their relationship may not sour. Anu, the older daughter in law was a home maker and had adjusted well with their family. But it would not be fair to expect her to welcome an employed co-sister who may or may not be helpful at home. However, she preferred to stay on with her older son visiting the younger one during week ends whenever possible.

She had two college going daughters who could not be disturbed and her own husband preferred to stay on in an area familiar to him since he could not miss his evening game of cards or his morning stroll in the neighboring park. Till date the arrangement had suited all concerned. Saroj in particular was very fond of her grand daughter Sona and could not even think of staying away from her for long. Ranja’s surprise on hearing that his mother wanted to leave home to be with Rajiv was justified. Would she not feel bored without company after Rajiv and his wife Ila left for work?

Saroj had her reasons but could not share it with anyone. Her interest in sex had waned and she could not cope with her husband’s desire. Her daughters had grown up, both sons were married and it annoyed her that at the age of 65 her husband still expected to have some private time with her. The way he behaved at times was shameful. Moving out was perhaps the only way to keep her husband off limits. She often wondered if it was the same in other households. Were other women in their late fifties subjected to unwanted sex the way she was? She sometimes felt that the woman in her was being insulted when she had to compromise for the sake of peace in the household. She had to say something by way of explanation.

“Rajiv has a touring job and is away for 10 days in a month. Ila has to manage on her own. Moreover with me available to look after the house, she need not worry about locking the house or asking a neighbor to receive gas cylinders or registered letters. Appa will stay back to help Anu and all of you can come over for lunch on Sundays. It is only fair that the two of us make ourselves useful for both of you. Moreover, Ila has to the initiated into the customs of our family the way Anu has been trained. Once she understands us for the kind of people we are I don’t have to worry”.

Ranja found this explanation logical and let her go but not before she promised that she would visit them as often as possible. Sona was inconsolable but relented when her grandma said that she could come over during festivals and vacations. With her husband Raghav she was more forthright and made it clear that he had to slow down on sex and divert his mind towards some productive work. She hoped that her plan would work to her favor. But did it?

The first complaint came from their servant maid who had worked for them for more than 8 years. Raghav was a different person after she left. He made obscene gestures and lingered in the utility area where she washed vessels and seemed to deliberately find reasons to call her to his room when he was alone. The maid was no teenager but a woman in her mid thirties with four children. She came all the way to Rajiv house to inform Saroj of Raghav’s changed behavior. She did not want to discuss the issue with the daughter in law.

“Your presence would act as a deterrent” she said. “I am not sure if he will stop with me. It may be the daughter in law tomorrow. If you do not return I may have to stop working for your family.”

The next person to warn her was a good friend of hers.

“Men are different to women. We have house work as a welcome diversion and due to our concern for the welfare of our family and children our sex life takes a back seat. Not so with men.”

Saroj could not hold back her anxiety and told her friend about the phase of sexual incompatibility that she was going through.

“What if I die?” asked Saroj. “Will he remarry at this age? Would he not have to practice abstinence then?”

“How does it matter what he does after you die?” laughed her friend. “He will deal with it the way he wants to. For now it would be best if you move back or let him come over.”

This is a combination of events that took place in two different households. I have often wondered how the women in question might have felt about it. As far as I know at least one of the women in question did not relent and the couple continued to live apart till their death except during family functions. While I cannot find fault with her decision I am also not sure if it was the best thing to do. Is conjugal obligation compulsory or optional?