This week's edition explores the offbeat side of feminism with Pinkstinks, chicklit and women friendships. Happy reading! 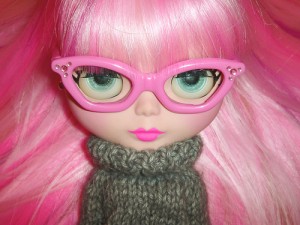 This week’s edition explores the offbeat side of feminism with Pinkstinks, chicklit and women friendships. Happy reading!

“The 2010 census had very kindly placed homemakers in the same category as beggars, prostitutes and prisoners. They weren’t too off the mark. We do serve our men in more ways than one and often complain of being prisoners of our own fate.” – Purba on being a stay-at-home-Mom.

“Women’s friendships may not often be noisy sites of powerful resistance and revolution, sometimes they are quite the reverse, but they are places of support and understanding.” – On feminism and female friendships.

“Because I am a girl, I must study” – A poem by Kamla Bhasin.

Mother I want to be Gay – A hilarious post on homosexuality.

“Because a Dude can write about drugs AND love AND his mother AND travelling and no one will focus on just the love bit, they’ll say, “Oh what far ranging topics” but the moment we dare introduce even an inkling of “She wondered what would happen to their relationship” it’s like DING DING DING! CHICK LIT!” – On gender labelling of writing.